Clean energy is on the ballot in Columbus and Grove City 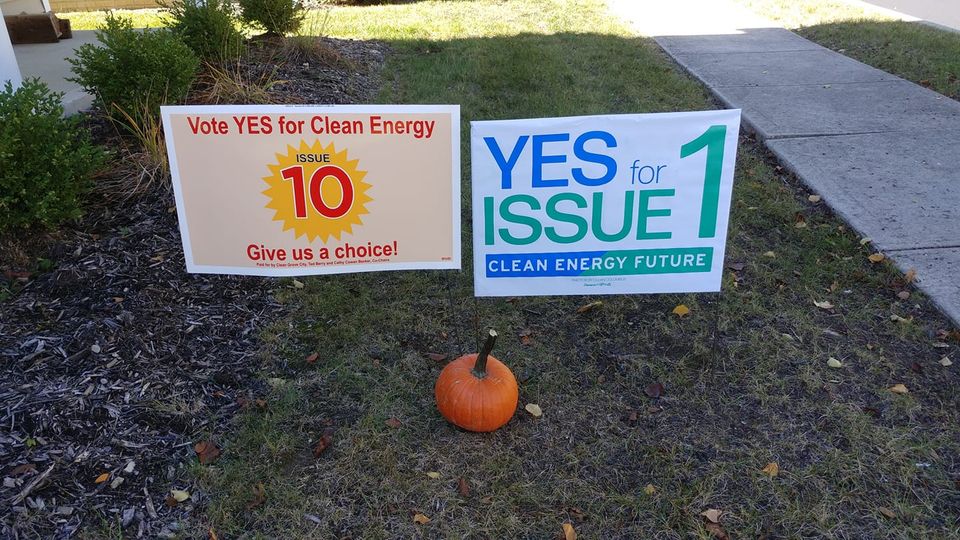 If approved, Issue 1 and Issue 10 would allow each city to obtain bulk purchase rates for electricity for all eligible residents and businesses, without raising taxes or electric bills. By pooling together their electricity demand, Columbus and Grove City could get a better product for the same or lower price.

But there’s more. Through Community Choice Aggregation, these cities could work with a utility that’s ready to build out a local supply of renewable energy – new solar and wind projects that would create good-paying jobs in manufacturing, construction, and maintenance here in Ohio.

While Grove City is waiting until after the election to seek a utility supplier, Columbus has moved forward with the selection process. In its request for proposals, the city sought a utility that could provide 100% renewable energy with new construction of wind and solar projects in Ohio, while creating equity programs for eight opportunity neighborhoods: Franklinton, Hilltop, Linden, Near East, Northeast, Northland, Southeast, and the Southside.

Of four utilities vying for the Columbus aggregation contract, the city selected AEP Energy, which plans to invest $1 billion in building out 700 megawatts of new solar and wind energy that will displace use of fossil fuels. The aim is to kick off a clean energy industry in Central Ohio.

Moving each city’s electricity to 100 percent renewable energy will significantly lower carbon pollution in Central Ohio. If voters in Columbus approve Issue 1, the city’s greenhouse gas emissions will be reduced by 1.2 million metric tons annually — equivalent to taking 260,000 cars off the road. Passing Issue 10 in Grove City would reduce emissions by almost 75,000 metric tons annually — like taking almost 16,000 cars off the road.

Hundreds of communities in Ohio have already aggregated their electricity supply. Last year, voters in Worthington approved electric aggregation for 100 percent renewable energy, saving residents and businesses there almost $100,000 in the first 10 months of the program.

Issue 1 in Columbus and Issue 10 in Grove City give voters the choice to save money, create jobs, lower pollution, improve our health, and invest in our own community — all in one program. Anyone who doesn’t want to participate can opt out with no penalties or fees.

← I’m using my vote to fight another day
Voters in Columbus, Grove City approve aggregation for 100% renewable energy →
%d bloggers like this: